A Magical Story With a ​Louisiana Twist

About The Creole Nutcracker​

The story of the Creole Nutcracker follows little Clarice on a magical journey back home through  some of the most historical parts of Louisiana. With a gumbo of dance styles and theatrics, The Creole Nutcracker is sure to entertain viewers and become a staple in Acadiana’s Arts Community. 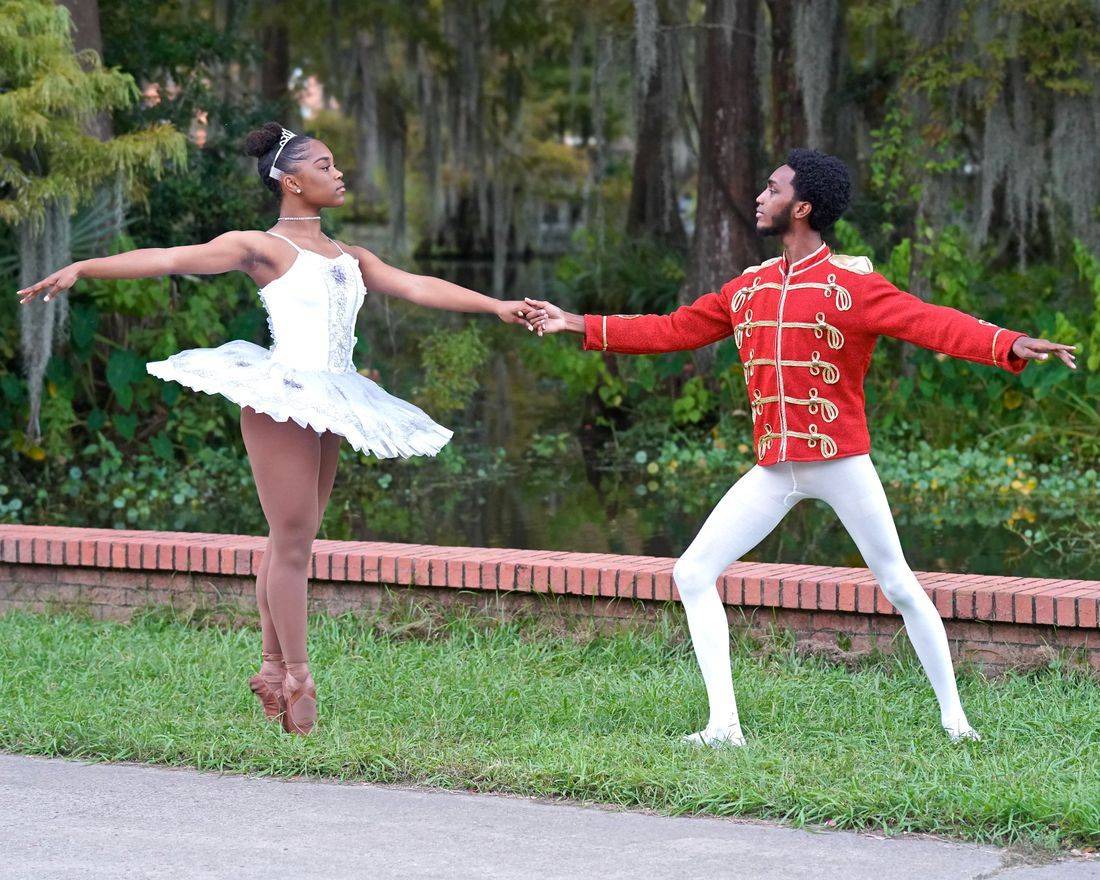 A native of Lafayette, Louisiana, Leigha Porter received her bachelor's degree from the University of Louisiana at Lafayette where she studied Dance and a Masters of Education from Grand Canyon University. She has also studied Theater Arts at Dillard University in New Orleans, La. Lei​gha has trained in Ballet, Modern, and Jazz, Techniques and has traveled the country teaching dance workshops and master classes . She is the Founder and Artistic Director of F.I.R.E Expressions Performing Arts Conservatory which promotes Faith, Inspiration, Relationship, and Experience through dance and the performing arts for dancers and young artists in Southwest Louisiana. She has served as choreographer for Lafayette Arts Conservatory, Xavier University, and Dillard University (choreographing the stage Greek play Madea). Ms. Porter was invited to choreograph the Musical Production Crowns in Lafayette, La at the Heymann Performing Arts Center and has performed and choreographed for BET's 106 & Park and Stand and Deliver. In 2011, she was given the opportunity to work under Fame choreographer Debbie Allen in the original stage show All The Right Moves. Other notable choreographers Ms. Porter has worked with include Lula Washington with the Lula Washington Dance Theatre and Walter Hull with Urban Souls Dance Company. Her choreography was featured at Walt Disney World in the show titled Louisiana Culture which received outstanding reviews. Her work has won countless awards for "Best Choreography" and a national title at the High Stepping Nationals in Charlotte, North Carolina. Leigha Porter dedicates herself and her art to the growth and development of young artist.

Jazmyn Jones is a proud native of Lafayette, La. She had a faith-based upbringing and was afforded many opportunities to train in dance under renowned instructors and choreographers across the country. In her youth, she received several dance awards and scholarships from competitions, conventions, and summer programs and also performed with Debbie Allen and Urban Souls Dance Company. Jazmyn went on to attend Howard University on full academic scholarship and received her Bachelor of Science in Sports Medicine with a minor in Chemistry. She has since served her community as a middle school science teacher and is currently a dance instructor at F.I.R.E. Expressions where she also functions as the director of Difé II, a junior pre-professional dance company. In 2017, Jazmyn completed intensive training in American Ballet Theatre’s National Training Curriculum and received her ABT Teacher Certification Pre-Primary - Level 3. Jazmyn is a full-time wife and mother who thoroughly enjoys working with the youth of the very community she is from. In the years to come, she hopes to continue to combine her passions for arts and education to increase her impact on the Northside community of Lafayette, La.​